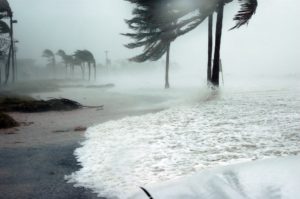 There’s no doubt that the 2017 hurricane season was far from being gentle, as seventeen storms were registered in the United States, between June 1 and November 30.

Specifically, we’re talking about five Category 5 storms, as well as three Category 4 storms, alongside weaker hurricanes, happened within a period of 26 days.

As reported by most news outlets, hurricanes Maria and Irma lead to a total of 2,001,000,000 customer-hours of lost electricity service. However, a few houses managed to avoid such problems – in some way or another – by relying on a diesel generator. This proves that, unfortunately, most Americans are basically unaware of the importance of diesel technology, as it can ensure a vital routine, but also provide emergency services 24 hours a day, 365 days a year.

How popular diesel power actually is?

In the aftermath of a storm, public drinking water and wastewater treatment systems must be able to function at their full potential, to protect public health. In most cases, a system like this has a diesel generator running as a back-up.

For example, in Outer Banks, Southern California, two portable generators managed to provide enough backup power to keep the systems working, as soon as the original backup source failed. And this is not all!

Diesel generators were able to support essential services in Puerto Rico and the Virgin Islands, during the aftermath of Hurricane Maria. In some cases, they have functioned even better than the country’s own power grid.

As a side note, it’s worth mentioning that more than 98 percent of ambulances or fire trucks, as well as mobile command centers and other first-responder vehicles rely on diesel fuel nowadays. Construction trucks, including bulldozers, excavators, loaders and dump trucks, which play an essential role in cleaning up after an aftermath, are also powered by diesel engines.

Of course, there aren’t just stand-alone power applications, since significantly advanced diesel engines, as well as equipment, is nowadays being integrated into distributed and sustainable energy systems. We’re talking about renewable and battery-drive microgrids, for starters.

These new and revolutionary systems give operators the possibility to use the renewable fuel that they want, with a big advantage: it has the reliability they need coming from standby diesel power.

One of the biggest fans of diesel generators is Erin Whitney, researcher at the Alaska Center for Energy and Power. She declared that both oil and renewables, working together, can be used to provide electricity for microgrids. Also, diesel can be an important source of power generation, while renewables can reduce the load and save important amounts of fuel.

Right now, there is a wind turbine-based microgrid test happening at Join Base Cape Cod, while the United States military is using a renewable energy microgrid, relying on a battery, in charge of storing electricity, while a diesel generator is there to help in case everything else fails. Finally, let’s not forget about Hawaii.

For more than a year, the Island of Kauai gets 97 percent of its power from solar, biomass and hydropower, as Tesla battery packs store energy to keep the grid going for up to four hours after the sun sets. Right after this, for the rest of the time, the islands diesel-powered power plants start working at full throttle.

Looking forward to experimenting the potential of a diesel generator? Mid Florida Diesel can help you! Backed by 25 years of experience, they’re offering services like truck and RV repair, as well as service for generators, so they are definitely able to help you with any questions about this impressive power source.