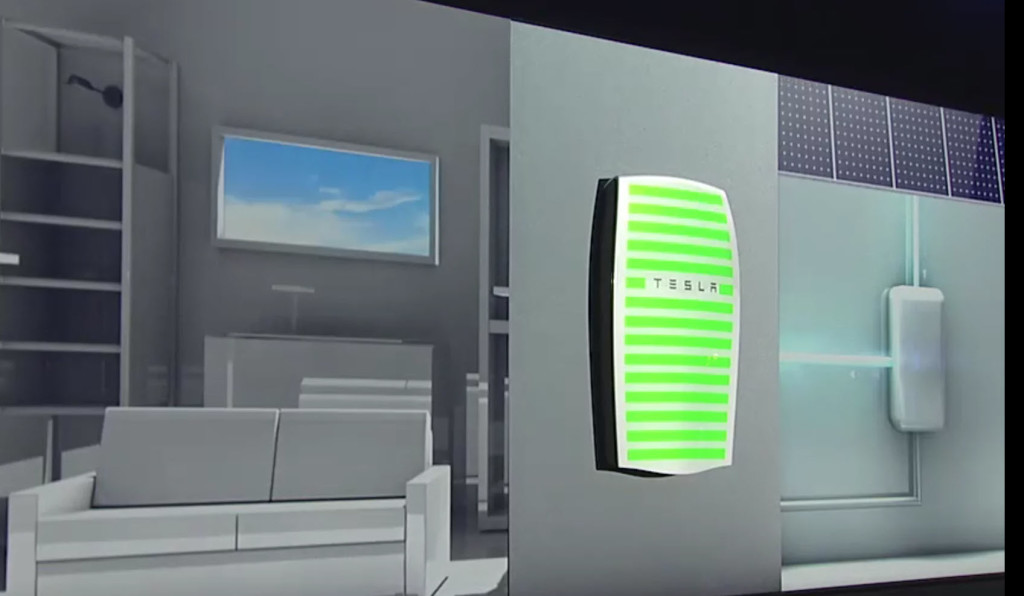 It’s been a hot story for weeks now.  Tesla’s new Powerwall battery is on the market and those people who want to save on energy, provide a backup system for their electrical needs, now have this device to count on.

It does need to be installed though and that’s why http://teslamotors.com Tesla itself is lending a hand.

PowerWall is basically a rechargeable lithium-ion battery.  It’s main purpose is to store energy for backup power, load shifting, and self consumption of solar power generation.  The system has the battery and the liquid thermal control system as well as the software.  The battery comes in 10 kWh and 7 kWh.  The 7 kWh version will be out in a few months.

This is all engineered for the residential usage.

One can actually run main appliances on this system including refrigeration, computers, lighting, security systems, and more.  The consumer can get the full package including the batter and installation for around $7,000 or option for a prepay for a nine year batter backup service agreement.  That goes for around $5,000.  that would include installations, the warranty, the PowerWall unit, the hybrid solar batter inverter.

One can also double up power with two Powerwall units.  In addition, SolarCity, the Tesla company helmed by Tesla’s boss Elan Musk, has a turnkey backup service.  This has installation, continued maintenance, and more.

It goes without saying that the new PowerWall system will be tested by every region in the country.  People will troubleshoot with their own localities and the challenges there.  Consumers in the remote areas will have configurations different from the city or suburbans.  As time goes on, installation and maintenance efficiency will increase.

For the storm ravaged areas like the Midwest, when power can be out for hours or days, a backup solar system is highly needed.  Only time will tell if things work out here.  Will there be problems in cloudy areas and other problems?  Only field testing will see to all this.

As for now, getting the PowerWall system and having it installed properly is the first start.  Testing the residential systems to see how well things are going is second.  When a problem with power occurs like a storm or accident, then consumers will be able to gather information so that Tesla can better improve the product and service.

The world’s markets will keep an eye on the new PowerWall system as will consumer groups overall.  There are similar technologies out there but not as well packaged as Tesla’s.  Tesla received a huge amount of government subsidies to develop technologies like this.  Engineers and environmentalists, business, and government are going to keep a sharp eye out on the application of this technology and if it proves out, more will be on the way.

Who knows what will come of all this.  It’s a major news and industry experts are hovering over every piece of data they can get hold of.  Will the public save money?  Will there be a major overhaul of the way we do home energy?  We’ll have to wait and see.

This entry was posted in Power generation and tagged Tesla. Bookmark the permalink.
Posted on May 25, 2015 by owner