Is There any Hope Left for Diesel Engines? 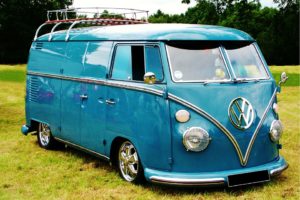 You don’t need to be the biggest car enthusiast out there in order to be aware of the fact that diesel engines are nowadays constantly criticized, while electric options are gaining more and more territory. And this doesn’t come as a surprise at all, especially after the already notorious diesel emissions cheating scandal Volkswagen Group started.
For those of you who aren’t aware of what happened, the group was caught using – illegally – a software to reduce emissions. This led to VW Group not selling diesel models from Volkswagen, Audi, or Porsche in the United States.

Therefore, are we looking at the end of diesel engines on cars? Keeping it short, no, but the exact answer is much more complicated than this.

If diesel engines would be completely dropped, a big part of the economy in the United States would halt immediately. Let’s not forget that cars of all categories are nowadays intensely used in commercial applications like trucking, construction, shipping, farming, busses and much more. Basically, there’s no such thing as a feasible alternative available right now.

And this doesn’t apply to…industrial vehicles. Even though VW is no longer selling diesel-powered cars in the United States (everything is fine in Europe, as a side note), many American VW diesel owners appreciate their cars for two main things: drivability and fuel efficiency. In fact, reduced fuel consumption is among the main reasons why people opt for diesel cars.

Also, if Volkswagen Group doesn’t sell their diesels in the US, this doesn’t mean that other manufacturers are following their example and the average American can’t find one, no matter how much they search.

For example, General Motors has five different models available for the masses, while Jaguar Land Rover are also selling diesels. Finally, let’s not forget BMW, as the German carmaker also has some popular models in its offer, alongside names like Mazda, Kia, or Jeep.

A special category which is still dominated by diesel engines consists of light and medium duty trucks and vans. Most makers, like Ram, Ford, Chevrolet, GMC or Nissan have diesel models in their portfolio. Ford, for example, just introduced the first diesel version of the popular F-150 pick-up truck, while Chevrolet is expected to follow suit with a new generation of trucks, launching this fall.

Considering this, we can easily say that all these rumors regarding a possible death of the diesel engine are exaggerated. At least for the moment. Yes, gasoline options have made a lot of progress and are very efficient, but they just can’t beat diesel engines when it comes to economy and environmental friendliness.

If you’re a diesel engine owner yourself, whether it’s powering a car, truck, generator or RV, make sure you check out Mid Florida Diesel. Servicing since 1996, they can provide assistance for various types of diesel engines, available 24 hours a day, 7 days a week.