Are Electric Cars Autos of the Future? 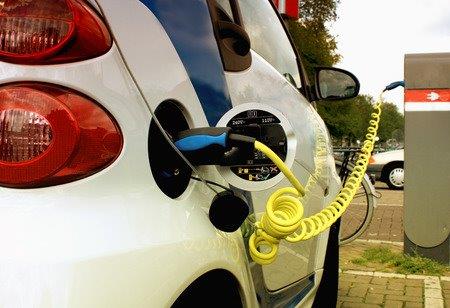 Every technological breakthrough or advancement has a lifecycle, very much like a living being. Towards this end, the strides in the automotive arena are happening at a rate faster than you can keep pace with. Mounting concerns about environmental degradation is pushing most of the industrial or commercial segments towards adopting green technologies that minimize or reduce the use of fossil fuels.

Consumers are more interested in buying cars that offer an exclusive driving experience or in other words autos that provide better mileage without endangering the environment. The pervasiveness and rapidity with which consumers are leaning towards an electric car are making everybody wonder, most all the automobile manufacturers, whether vehicles powered by conventional fuel sources are on their way out. This surprising piece of news (and alarming as well for many) might be pooh-poohed by many as being too outlandish or impractical, especially by those who can’t do without their gas or fuel-guzzling metallic boxes when it comes to transportation.

However, these people may not be able to keep their heads buried in the sands indefinitely as they soon might have to come to terms with a shift that is predicted to become an established trend. Consumers are taking to electric cars in a much bigger way than they did hybrids, and it is expected that the adoption rate will burgeon once the batteries become more advanced leading to improvement in charging infrastructure. Further innovations in the arena relating to an electric car that’ll make the vehicle more affordable with an enhanced driving range will surely boost its demand.

Nevertheless, judging by the existing state of affairs, it’d be quite premature and misleading to proclaim that the electric car will edge out the fuel-driven or hybrid auto. A symposium on electric cars was recently held at The Drafts Sports Bar in the Science Café in Concord, New Hampshire where the Banks Chevrolet service manager,  Michael Mercer, was present to field questions from the participants. He graced the meet chiefly to talk about Chevy Bolt, touted as a fully electric car (quite unlike the exceedingly electric Chevy Volt).

Bookings for the Chevy Bolt are slated to open in New Hampshire sometime in March and the deliveries are expected to commence from May. The all-electric Chevrolet Bolt will cost below $ 35,000 and will have a range exceeding 200 miles. If Chevy can deliver exactly as it has promised, then the Bolt as an electric car will be the equivalent of Toyota Prius-the highest selling hybrid car till date. Nissan’s Leaf simply failed to match the hype its pre-release publicity generated and Tesla’s electric car models couldn’t take off as these were beyond the means of most.

Conversely, if the Chevy Bolt fails to deliver on the performance front
(which will lead to cancellation of bookings causing sales to plummet), it’ll set the clock back as far as electric cars are concerned. So, automobile engineers in the leading car manufacturers around the world will see themselves going back to the drawing board. Nevertheless, Mercer, who’s had a long association with EVs, is upbeat about the Bolt’s success. He mentions that he was able to figure out an attitudinal change taking place with the introduction of Volt that is battery-powered and makes use of a fossil-fuel engine for recharging batteries.

In the beginning, consumers were a tad apprehensive about driving around in a Volt. Anyway with the passage of time, as more and more people reported having a nice driving experience, its popularity soared. And you’ve reasons enough to be interested in the Bolt electric car. For a start, you’ll be spared from the hassle of visiting a gas or refueling station as you’d be able to recharge in the comfort of your home garage.