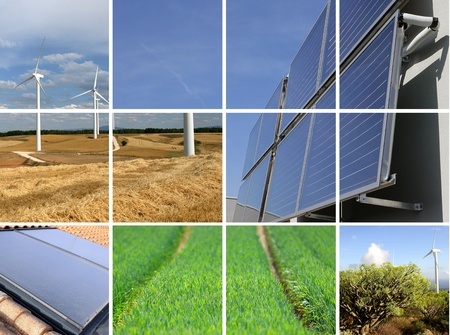 According to the latest statistics from the IEA (International Energy Agency), the push for renewable energy has been skyrocketing based on their collected data of the 2015 time period.

This is all good news to people who’ve grown tired of fossil fuels and the cabals that have ruled them for the past 150 years or so. Renewable energy companies are flourishing and installation of wind turbines and solar panels are growing at an alarming rate. The advances in the technologies of these systems have also made leaps and bounds and that alone has dropped the costs. Such dropped costs allow for businesses and municipalities and countries as well as the average citizen, to invest in these new systems like never before.

It’s become so cost effective that it makes using fossil fuels look absurd by comparison. 40 years ago solar power was scoffed at because investors and big corporations felt that nuclear plants were the wave of the future. Those plants have provided lots of energy but they’re dangerous with several devastating accidents having occurred, most recently the nuclear reactors in Fukushima, Japan. These dangers called for more renewable energy research and that led to the systems we have today.

The average person can actually install such systems themselves. Kits for solar panels for the home and wind turbines too are readily available, many with discounts and affordable via government subsidies. Careful shopping will reveal these goodies and with the rate the technologies are developing with these renewable energy systems, there are new and innovative technologies on the horizon.

Needless to say, fossil fuels are on the way out. They were poisonous, dangerous, expensive, and the money from the big oil and coal cartels being used to fuel wars and other disastrous events. The level of greed was intolerable.

Renewable energy has countries like Brazil and Venezuela, Germany, running almost all their electricity off renewable energy. If these countries can do it, the US can do it if it gets out from under the thumb of the politicians and oil and coal bosses who want to keep the country dependable on their products so they can keep their power.

The IEA’s data shows that in 2015 the world installed more renewable energy systems than coal. This should set alarms off in the US where coal mining is still a staple of employment for large sections of the populace. That dwindling demand is costing jobs but opening doors in other areas.

Staggering stats show half a million new solar panels installed daily with 2 or more wind turbines every hour. If we calculate the 2015 figures and increase a bit for an estimate of the 2016 figures, pretty soon we’ll be seeing these systems popping up all over the place. Matter of fact, according to the analysis, the costs have dropped dramatically for renewable energy. This analysis titled the “Medium-Term Renewable Market Report” predicts that there will be a growing renewable energy industry of 13% between the years from 2015 to 2021. With this impetus toward renewable energy, the people of the world are moving into a new age of bounty for one and all.