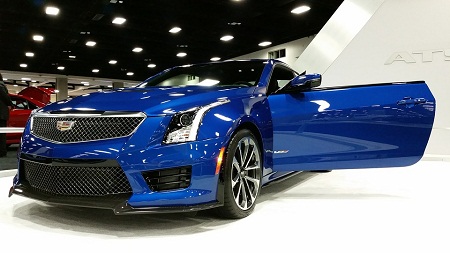 If you have ever yearned for an American made luxury car which had a diesel engine, then you may be surprised to learn that it almost happened- back in the 1970s. With the oil shock of the era, carmakers were looking for alternatives to satisfy an increasingly worried customer base. After looking at a number of options it was clear that the diesel engine was the only one that made a lot of sense and was feasible from a logistical and economic standpoint. Electric engines would only work in very light cars and the American public still wanted their larger vehicles, much as they do today. This led to a lot of development in the diesel area amongst American carmakers who were trying to prepare for a potentially worsening oil market.

The effort really had to start from scratch given that they were not in this space before. Mercedes in Germany had been producing quality diesel engines for some time, but they were not going to share their secrets with General Motors and company. GM really had to spearhead something by themselves and put the time and money into research and development to make it happen and they did. Although the outcome was questionable. GM looked to refit its famous V8 with diesel heads. This eventually resulted in the Oldsmobile 5.7-liter diesel engine. Unfortunately, this engine did not do too well in the real world- it was prone to failures after being installed in Cadillacs, Buicks, and other large cars and trucks. This was a major setback for the diesel engine in the United States and likely impacted the automobile market here for years to come. Some experts think that had that effort been more successful, then diesel cars in America would be much more widespread even today instead of being relegated to a niche status. We will never know for sure though; it is mere speculation at this point.

Even with the weak product, GM was able to sell 31el0,000 units in 1981, making it the market leader in the US for these engines. Ford was a close second and the history there is particularly interesting. Looking for their own diesel engine, they considered an M21 engine that was developed by BMW in Munich, Germany. They started with the standard BMW M20 straight-six engine and installed new valves, a turbocharger, and pistons to it. Ford took this impressive engine and put it in the Continental and Mark VII. This resulted in a couple of cars which were admittedly slow, but very sturdy and delivered an impressive 30 miles to the gallon. Lincoln went so far as to market this as a European-build Turbo Diesel. Unfortunately, the cars did not have a future as the market quickly shifted and ultimately led to their death. Gas engines become a lot more efficient and fuel prices also came down, making the status quo a lot cheaper than it was before and really drowning out demand for new types of engines and fuel sources. The luxury diesel market in the US took a big hit and manufacturers turned their attention to different things.

So we almost had a true American luxury diesel, but it just did not happen. Today, there are several offerings from foreign manufacturers in the US. With the renowned interest in alternative and different fuel sources, it will be interesting to see if any American carmakers take a second look at entering the market. Maybe in a few years, we will see another American luxury diesel car, but for now, it is not much more than a dream for car enthusiasts.