The World’s Love Of Recreational Vehicles 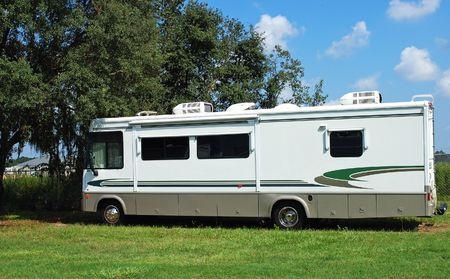 Just like drive-ins, hula hoops, burger stands, and other icons of Americana, the love of RVing or Recreational Vehicles are just as American as apple pie.

The public’s love and fascination of these vehicles is second to none around the world with millions of families and individuals traveling around the country in a variety of RVs customized to meet their needs.

Americans love driving. The idea of putting a home on the car or truck and making it easier to drive about throughout the vast and varied environments of the US has fascinated Americans for decades. The RV community is massive. Families and individuals treat their RVs like a second home and for some, a first home. There are thousands and thousands of RV parks dotted throughout the US. Every state has many of them. Whether on vacation or retirement or just for having fun, Americans will take their RVs with them, loaded with supplies and sporting equipment and drive from one end of the country to the other. Big RV festivals are common. People love to show off their favorite RVs and corporation s that make them endorse and support such venues with bands, food, merchandize , prizes and giveaways.

It will be hard pressed to find a state that doesn’t have an RV park or RV celebration during the year. Families and individuals actually meet up, date, get married or just become extended families base don their affinity for the RV.

It all began in the early 1900s. In Canada, as a matter of fact, in 1910. These motorhomes were built on truck chassis and from there on the industry grew by leaps and bounds. In other parts of the world the motorhome was used to house workers and even military who had to be on location. Movie companies followed as well as news media. Packing a team into a motorhome with a kitchen, bed, and other amenities soon grew into a customizing dream. Engineers and fans figured out ways to add all sorts of things to the motorhomes including ways to insulate, make fuel efficient and comfort. At home customizers came up with innovations that made them legends in the RV communities. This all happened after the popularity of the house trailer. As better roads and interstate highways made it easier to travel and access otherwise difficult regions, the RV was born and the popularity grew.

So, from the 1930s to the 1950s when the RV contained units were born, the troubleshooting to make the vehicles more efficient and affordable began. Some are small and compact with the ability to house 2 people on up to giant 30 plus footers that can house a family. Some of these RVs are as big as city buses and require a special license to drive. With the addition of extra fuel tanks, batteries, and other necessities makes the vehicles so self contained that person could live for years just driving around. The advent of the diesel engine also greatly helped in the RV.

The RV lifestyle is unique. Much like that of long haul truckers but with much more luxury. Some people never leave their RVs making them their first home. They’ll get a mailing address and just keep on rolling. Now, with WiFi, the RV fan can go just about anywhere in the country and enjoy watching streaming movies online and keep in contact with friends and relatives. For people who work at home like artists and writers, or even consultants, they can travel around and work from their RV.

Overall, the RV isn’t going anywhere soon. New innovations will make the lifestyle more efficient and fun and seeing that now 3D printers are desktop size, you can make your own tools and goodies on the go.

RVing just keeps on getting better and better.

This entry was posted in RV Repair, Services. Bookmark the permalink.
Posted on February 9, 2015 by owner