Solar Energy: the Power of the Future 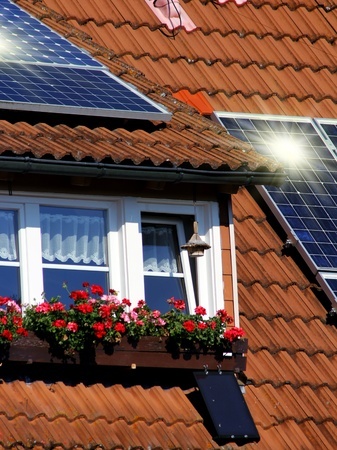 There has been a lot of discussion and debate about solar power and the impact it can really have over the last two decades. Until fairly recently, it was quite plausible to hold the thinking that solar power generation will never amount to anything substantial in the grander scheme of things. This was a fairly logical conclusion given the lack of efficiency in solar panels and the vast amounts of energy that the United States and other Western nations consume. But this all has changed recently and over time as we have seen tremendous strides in solar panel technology over the years which now allow for much more efficient collection and storage of power generated by the sun.

We are now in a scenario where solar power is fast growing, the efficiency increasing even faster (almost akin to Moore’s law in computing), and the market share of solar versus other forms of energy increasing as a result.  In fact, solar power is growing faster than any other kind of power with 40% of all new electricity coming from solar in the first half of 2015. The federal  Investment Tax Credit for solar power generation has helped fuel the growth, but it is clear that we are now at the point (or near it) where solar may become a viable option even without subsidies. The tax credit is set to expire at the end of 2016 and it is unclear whether Congress will extend it, so it will be interesting to see how that impacts things, especially in the shorter run.

Regardless, the plummeting price of solar power has thousands of Americans looking to get on board the train and as a result virtually everyone benefits (other than providers of traditional forms of energy) as the grid takes less stress (and possibly gets more reserves) and there is less of an environmental impact of using electricity. Especially high in growth and exciting is rooftop sales of solar panels- people using solar panels to provide their own energy. Leading the way is the state of California which has an astounding 291,513 solar panel systems powering everything from houses to businesses. Due to some laws requiring increased use of renewable energy, North Carolina is actually the fastest growing state in terms of solar- topping even California right now.

If you are looking to add solar panels to your home, there are many companies that offer free consultations on panel placement. Solar City and some other big players also have deals where they may even pay for the panels in exchange for a flat rate monthly fee which you would pay instead of the electricity bill (assuming your panels generate more than you are using). With creative offers such as these, it is no wonder that household solar panel usage has increased.

Regardless of your past opinions on solar power, it is quite clear that the solar revolution is here and it is here to stay. Have you considered joining? It might just save you money while you can help the planet as well!

This entry was posted in Solar Power. Bookmark the permalink.
Posted on November 24, 2015 by owner