Using A Generator And Natural Gas To Generate Electricity 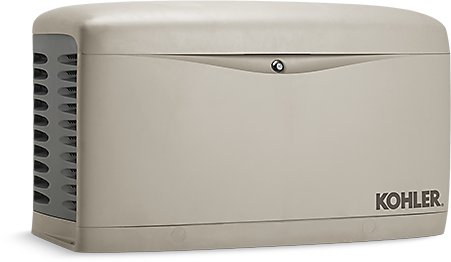 It’s great to see more efficiency being implemented by the energy industries and in this case, something that was once wasteful is proving to be a boon for the companies.

Basically, one of the offshoots of oil drilling is the expenditure of natural gas. In order to get rid of it, companies would ignite it and thus contribute to pollution.  In the new approach, the Generac Power Systems of Waukesha and Kohler Power Systems, a division of Kohler Co., have developed technology that uses generators to capture some of this gas and turn it into electrical power.

One would wonder why this hasn’t been done before.  Think of all the wasted energy regarding lost natural gas that could have generated electricity to abundance.  Now that this technique is being used, it’s clear to see how efficient the solution is.

Using portable generators about the dimensions of a good sized pickup truck, the engineers capture a good amount of the natural gas and convert it into much needed electricity.  Generac and Kohler are pros at making generators for the commercial and industrial markets and many can be found as backup solutions for businesses and homes.  They also do industrial sized generators that can run even a facility as big as a large factory or a hospital.

In this case, because the old fields in question are in the Dakotas, the oil fields are a good distance from the main power lines.  Having a generator that produces electricity means more self reliance and high efficiency.

Due to environmental and regulatory issues, handling oil fields is a major task. Having a power line put in the remote areas could cost millions and become cost inefficient from the start.  It costs an immense amount of money all around to run such operations and anything that comes along that adds to efficiency is highly welcome.

So far the success of these generators are being used in several states where the oil industry is located.  As the technology becomes more refined its sure to be standard and a welcomed and celebrated approach on several fronts from engineering to economics, and environment.

It is awesome to see such a project proving itself successful.  The kind of approach that shows that people are really using their heads to solve problems. The public is now becoming aware of this approach and the way the expansion and growth of using said generators for this particular issue means more money in the stockholders’ pockets and lower costs to the consumer.

This entry was posted in Generator Repair, Generators and tagged Gas Generators. Bookmark the permalink.
Posted on April 27, 2015 by owner