Knowing A Bit About Diesel Generators 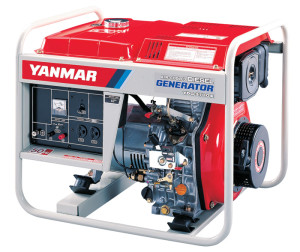 Diesel generators power a great deal homes, businesses, offices, schools, and more.  Knowing a bit about them isn’t that difficult and it’s a good idea to have that knowledge handy.

Known technically as an engine-generator, diesel generators are designed to work with an electric generator or alternator to produce/generate electrical energy.  The engine, called a compression-ignition engine usually operates on oil, natural gas, or other fuel sources such as natural gas.

Most efficient versions are the open cycle gas turbine which outdistances the other forms of generators.  For areas that can’t be connected to or are not near a power grid, diesel generators are normally used.  Either as a primary or secondary back up power supply.  One sees this happen with buildings and homes that are in storm areas where power goes out.  Having that back up diesel generator is mandatory and smart.

Not just for backup systems, diesel generators are used for extra power.  Sometimes at public events where extra power is needed, ships at sea, and rescue situations.  Diesel generators come in all a variety of sizes and configurations that can accommodate the situation.

For homes, generators range from 8-30 kW, for stores and occices you’ll find them 8 kW -2,000 kW which is also used for big areas like office buildings and such.  The big 2,000 kW units are like mini power stations that need housing and other accessories for full operation.  They’re known as power modules and are huge.  They can weigh upwards of over 80,000 pounds or 40 tons.  Some weigh even more.  These big units are also combined with each other for even more power.  Brought in on tractor trailers and connected via cables and all connected to the control station usually the power plant.

These big units are just an example of the sizes these diesel generators come in.  A generator is based on the electrical load they are to produce.  Designations such as kWe, kVA, var, harmonic content, surge currents, non-linear loads show the characteristics of that particular generator.

One will find these generators all over the place no matter what the terrain.  The huge ones for big jobs and the smaller ones for that.  The configurations are quite interesting and the technologies behind them ever surprising.  Even television and movie companies use diesel generators when shooting in some and remote locations and scientists like archaeologists use them to supply power to important digs.

This entry was posted in Diesel Generator, Generator Repair, Generators. Bookmark the permalink.
Posted on October 14, 2014 by owner