Is Wireless The Future? 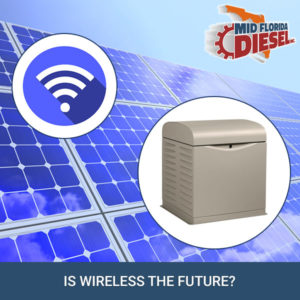 Our world today is plugged in today utilizing an electric grid. One can think of this as a giant power outlet. There are many reasons as to why this is not the best solution anymore. For starters, it is very expensive to not only use but to install. If you think about it, nearly half of what people pay for every year goes towards the cost of the grid, along with the power cable and the distribution network.

In this article, we will discuss what off the grid means and why the future may be going wireless, as well as what this means for you.

What does off the grid mean?

Off the grid means living without relying on utilities for power. There is no longer a connection with any source of utility. Utilities are those things that are a commodity or a service that the general public need. Examples are water, power, and natural gas.

Why wireless may become the future

Within 5 years, we will very well likely become a wireless nation. The US power grid needs significant improvements made, as time is starting to wear on it. Instead of having a grid, we will turn to wireless smart control or smart off-grid. Eventually, the off-grid will be controlled by Artificial Intelligence (AI). Energy demand will then be anticipated better, which will help set the settings for millions of off-grid systems across the world.

Internet and telecom companies are pushing for the future to become wireless. Landlines are not as common anymore as cell phones are. Smart off-grid power is an ideal solution to keep costs down while expanding coverage to rural areas in order to roll out the 5G infrastructure. If the plan included being wired to the grid, telephone poles would need to be placed every 500 feet. This would not only limit the coverage area, but it would also cost several thousand dollars.

What would it mean if we become wireless? What would it look like to those of us that are familiar with seeing power lines strung all over the place?

However, if the future is wireless, it will be imperative to have a diesel generator in order to have electricity as a backup. Consider contacting Mid Florida Diesel to learn more about different types of generators.