Is there a future for Diesel Generators? 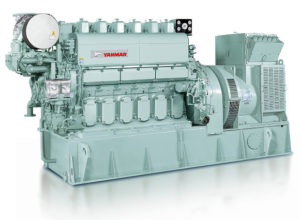 As the industrial revolution took off, there was a huge demand for equipment able to provide the power necessary to run various industries. We’re talking about industrial plants, manufacturing, agriculture and many others. However, there was a problem: grid power has been not able to meet the constantly growing demands.

We’re now living in a developing world, so any alternative power source is more than welcome and diesel generators seem to be one of the most popular choices. As a side note, 20 years ago, fuel prices were ridiculously low that these generators were considered the saviors of many industries, not to mention they aided production capacities of companies from all over the world.

Back in our days, diesel generators are used in domains like constructions, hospitals or even data centers, as a few examples, all of them depending on the power they provide, whether they are substitutes for grid or emergency backups.
But why are people so enthusiastic about these generators? Actually, the answer is simple. They are quick, reliable and very easy to operate. But this doesn’t mean that they are the perfect energy source…

Even though the world is in big need of efficient energy sources and diesel generators could be a great solution, they come under serious fire, as an effect of regulations on every form of climate-altering agent. Basically, they’re being directly threatened by environmental protection groups, as well as government regulations, due to their emissions. It really doesn’t matter how helpful they are for various industries, as long as they create an increasing amount of air and noise pollution.

Considering this aspect, alongside the increasing technological advancements in the domain of renewable energy and battery storage, as well as the decreasing costs of these options, people are claiming that it won’t be long until the generators will completely disappear. As a matter of fact, they have been recently pitted against renewable energy, despite this comparison not being fair. From a technical point of view, renewable energy is a source of grid power, while diesel generators are used for backup power.

But still, what’s left for these generators? Do they still have a future in a world focused on clean energy? Well, let’s look a bit in the past.

Over the years, the diesel generator industry had to deal with waves of regulations and norms, most of them asking for fewer emissions and less noise. As expected, the industry responded and used advanced technology, in order to meet all these requirements. It wasn’t easy since this was done through investments, but, in the end, all challenges and regulations were overcome. And here we are now, in 2018, a year in which diesel generators are being successfully used all over the world.

Mid Florida Diesel is one of the companies trusting and using them since 1996. Thanks to a team of professionals, here you can find repair services for your diesel generator, as well as trucks and RVs, at some of the most competitive prices on the market.