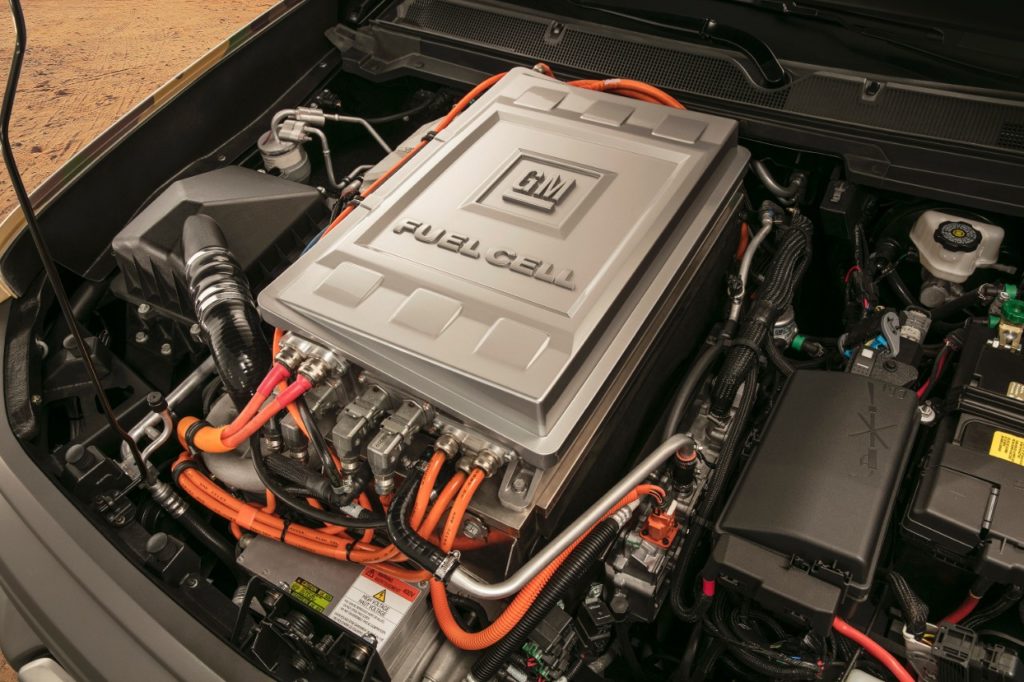 Chevrolet developed a hydrogen powered pickup truck for the United States army in what is another awesome innovation spurred by military contracts. The ZH2 is based on the retail Colorado pickup and was co-developed with the US Army’s TARDEC research program. At 6.5 feet tall and 7 feet wide, it is quite a large automobile and it all comes with a zero emissions drive train fueled by hydrogen. The vehicle makes zero sound from its engine in stark contrast to a diesel engine or gas engine and it is extremely safe for the atmosphere.

Currently, the ZH2 is slated for testing through 2017 after which a wider rollout is possible. There are many challenges to wider adoption, however. These include the lack of technical expertise on hydrogen powered engines, meaning there is a skills curve that the army would have to fix before widespread use. Furthermore, it is much harder to find hydrogen power sources in many areas compared to gas or diesel. On the other hand, the water byproduct of the automobile may be useful in areas where water is scarce for soldier use.

The ZH2 currently has a 92 kilowatt fuel cell that produces 174 horsepower, but GM has plans to add additional motors at each wheel to give it some more power. For car enthusiasts everywhere (and perhaps more so environment lovers), the wait is on for a retail hydrogen powered vehicle that is widely available. Toyota has its Mirai and Tesla is working on an EV pickup as well, so something comparable for the retail market may not be too far away. It is yet to be seen how the hydrogen fuel component plays out in the retail market though.

Between electric and hydrogen, the days of gas and diesel may be limited, but there is no doubt still a market for those two large segments and likely always will be amongst purists of automobile sports. From the perspective of the environment, a minority position in the market filled by gas and diesel may actually be okay so long as the majority of emissions are driven down by the increased use of clean energy like hydrogen. It will be interesting to see how the dynamics play out, particularly as Big Oil has an obvious interest in fighting any mass increase in the alternative fuel automobile market.

The ZH2 is an awesome innovation which has the potential to drive a much larger scale introduction of a new type of disruptive technology. The army’s track record of spurring major advances including the Internet may continue on with the ZH2. It will also be interesting to see if GM looks to take on the retail market here given their large stake in the gas-powered market, but it may be possible as they are starting to see the effects of electric vehicles on the future and may want to beat startup competitors to the market with their own offerings. At the same time, other companies are likely to look at developing hydrogen-powered cars too if it turns out to be a viable alternative. Either way, the future looks bright. And clean.

This entry was posted in Alternative Energy, Cars, Hydrogen Fuel Cells. Bookmark the permalink.
Posted on October 19, 2016 by owner