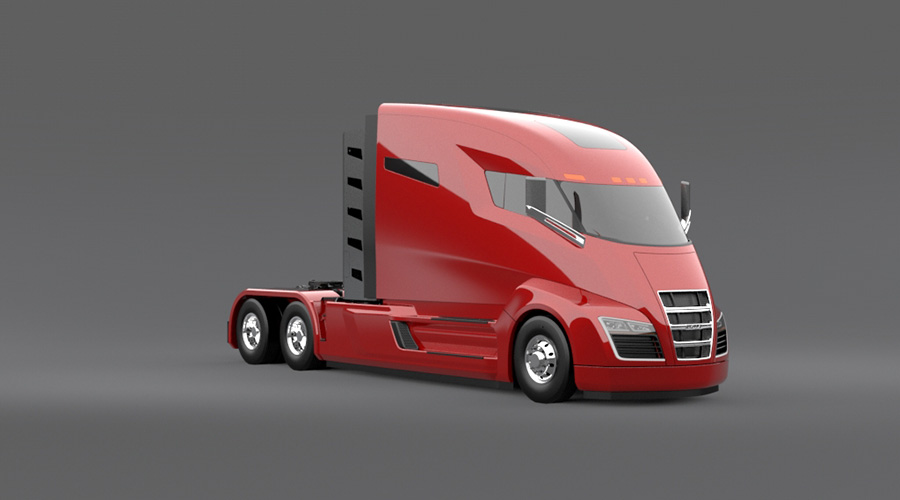 It was due time that major companies would use hybrid technologies to make automobiles more efficient and powerful and that’s been done with cars and motorcycles so far. Now we have it being applied to big rig trucks and the competition is a face off between two of the foremost hybrid development companies Elon Musk’s Tesla Motors and Nikola Motors.

What’s happening here is that both companies have been working on the technologies to make big rigs hybrid. The problems to overcome being power duration. Rigs travel for long periods and if a hybrid system only lasts a few hours won’t do. Nikola Motors and Tesla Motors both claim to have licked these problems and promise new trucks hitting the market between now and 2019.

Not so, says Nikola Motors. They have seen the bragging of Tesla Motors regarding having completed their research and gone on to application and manufacturing. Nikola says it would take yeas more for a hybrid system to do what Tesla has been boasting about, however no one knows for certain as the security around Tesla’s project is so tough. All Nikola Motors can do is forge ahead with their hybrid tech and hope for the best but prepare for the worst.

Tesla is not only boasting trucks but other heavy duty vehicles for public and urban transport. That’s a big dream and if anyone can pull it off it will be Tesla. They even state that the full application will be available in vehicles within a year, far, far earlier than what Nikola states is possible. The vehicles will not only save money fuel wise, but will be cheaper than the average big rig so savings will be had by all right from the start. This is reminiscent of the 1970s when fuel efficiency became the war word. American gas guzzler companies worked in tandem with OPEC to make people’s lives miserable with cars using highly inefficient fuel technologies that ate up gasoline that OPEC had already overpriced. Resistance came when the Japanese and European companies started to develop more fuel efficient cars and trucks and the battle was on.

Same thing is going on here. Tesla and Nikola are both companies that celebrate the name of the late great Nikola Tesla who is the true inventor of many of the technological breakthroughs we have today ranging from electrical power, radio, and television. Taking a page from his book, both companies are bucking the status quo by developing technologies that benefit the public as a whole and that causes bristles to raise on the backs of greedy investors who live off high fuel costs and inefficient systems that are rigged to undermine the consumer.

It’s been almost ten years since Tesla Motors made its first claims but they’ve proved themselves each stop of the way so their claims now have solid ground to base those claims.

The public will benefit from this competition will be the lower costs overall and safety features. There will be truckers who will question the trucks until they’ve been field tested but that might not take too long. If there are any problems whatsoever, it will be noted by the truckers and that data sent to the parent companies for further improvement.
If this all pans out and it looks like it will, a new age will dawn on trucking and automotive technologies that will benefit one and all.

This entry was posted in Hybrid technology, New Technology, News. Bookmark the permalink.
Posted on August 10, 2016 by owner
Posting....